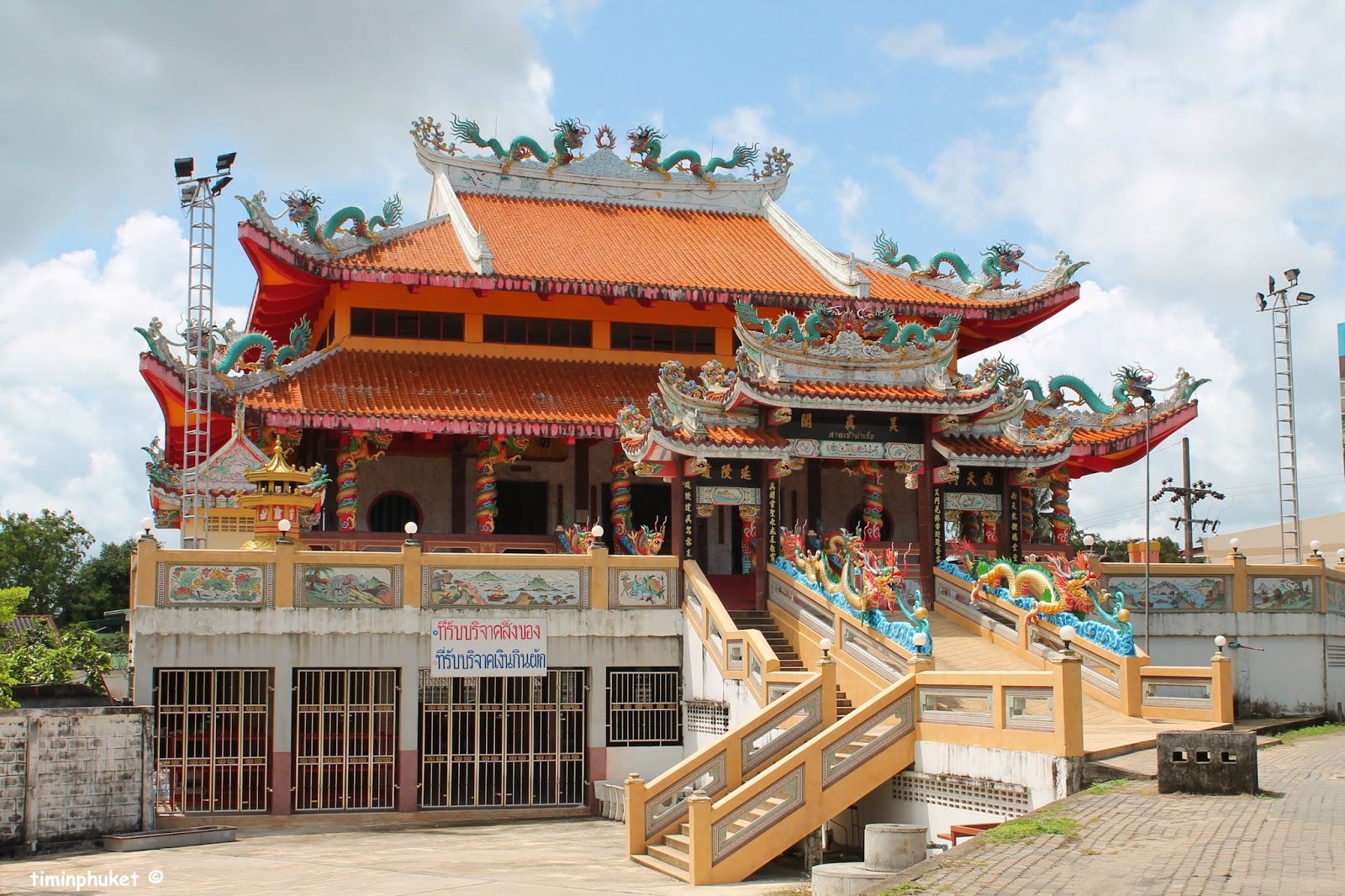 The site of this Shrine is actually not the original site - I was not aware of this until I started to write this post. Apparently the original site is close to this one but I have not seen it. This is the same with the Heroine Monument and the Shrine of the Serene. 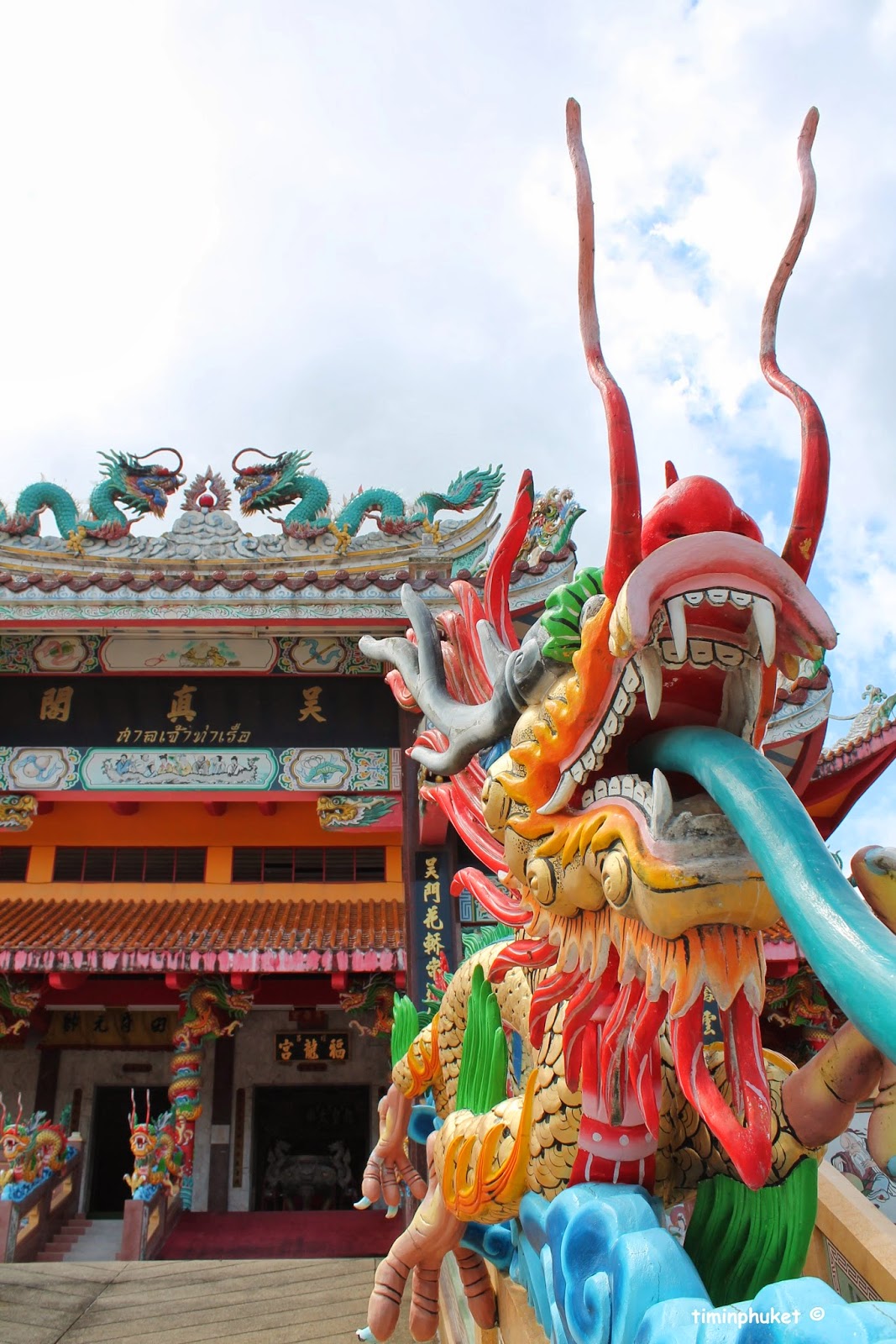 The Shrine is actually the 4th oldest shrine in Phuket but this Shrine is much bigger than the original. This is also a very expensive reconstruction - 40 million Baht so far - and they tell me that more is planned. 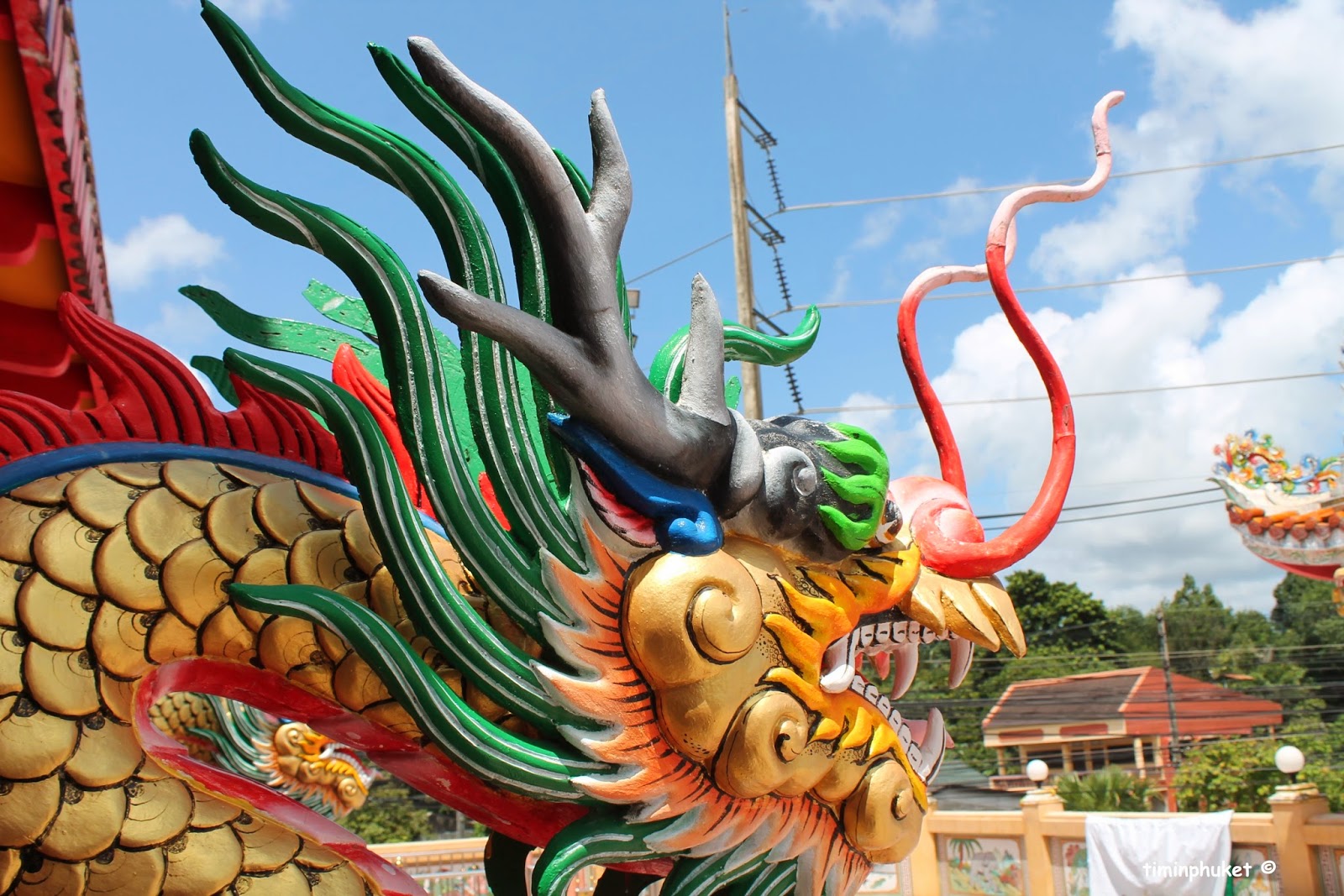 The biggest thing that I noticed here was the abundance of dragons that are scattered throughout the temple, the dragon is an important symbol in Chinese Culture as well. Maybe because it is relatively new that it looks so good - but make sure that your camera is charged and there is space on your memory card (if you have a digital camera of course). 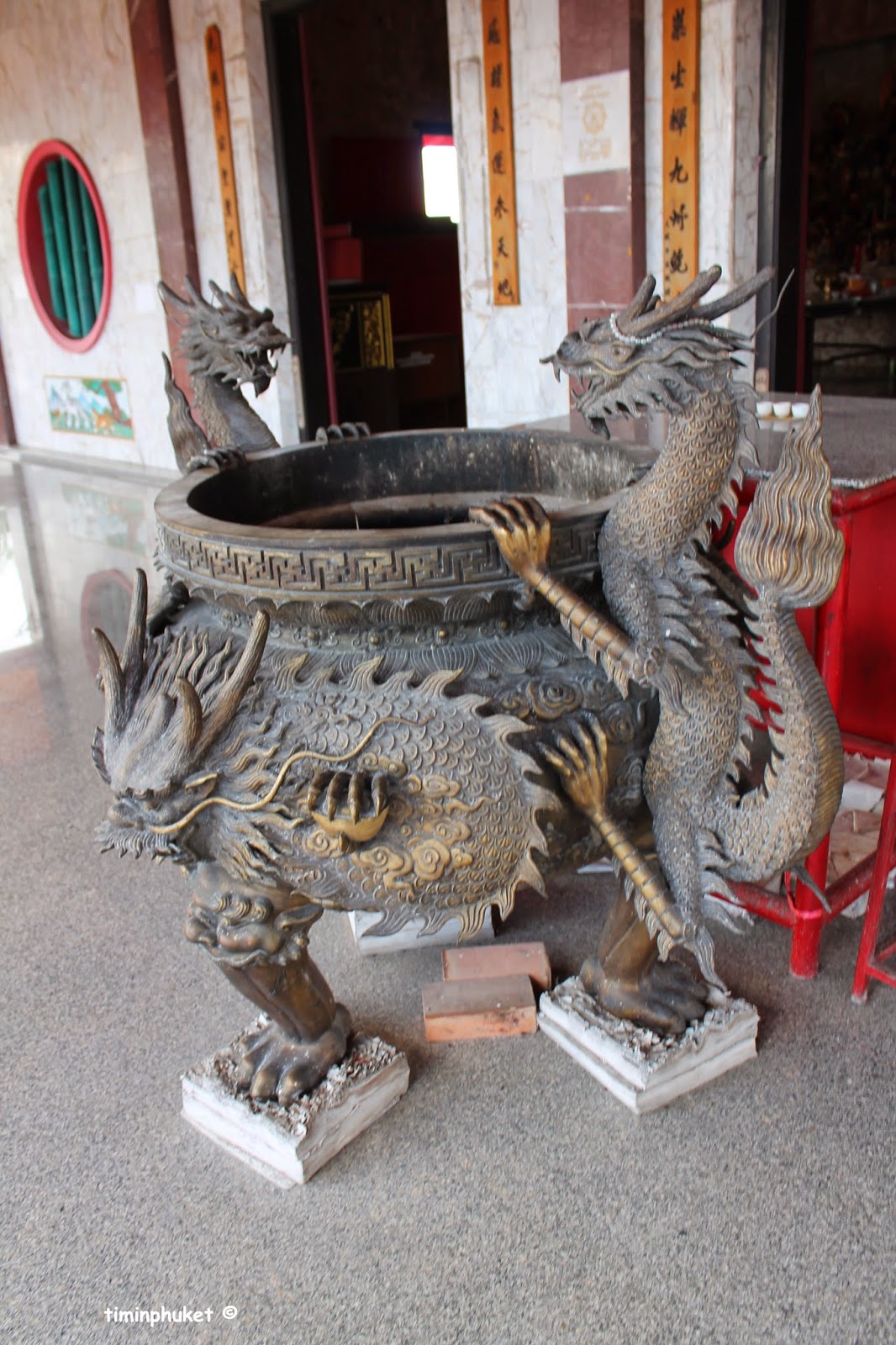 The article that I also found interesting was the huge brass incense cauldron which stands in the front - it has been imported from China and that there is a story attached to it but I cannot find anything more about this, but I will find out why it is so special. It is, of course, covered with dragon motifs. 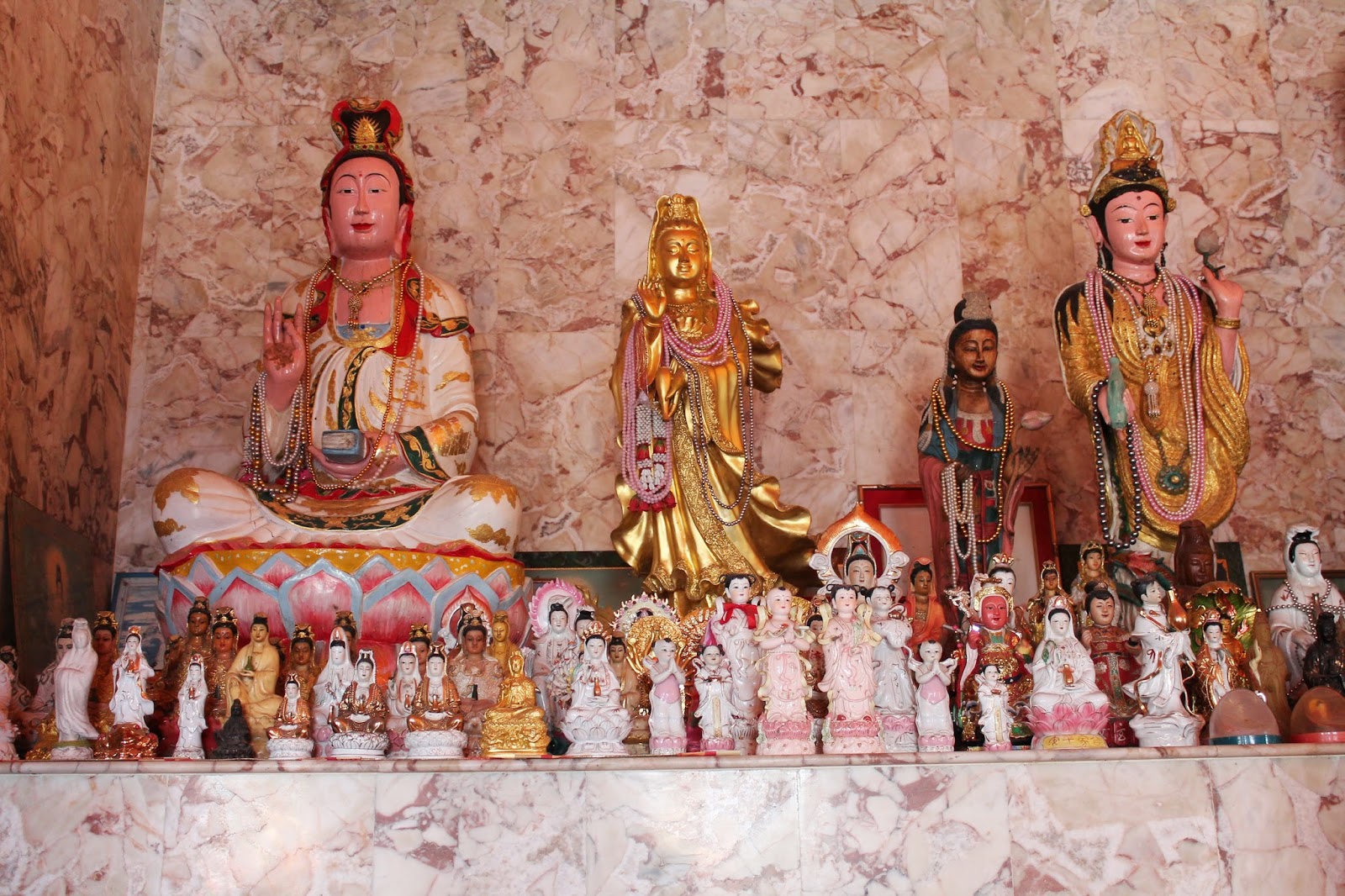 Inside there are a plethora of the traditional Taoist Deities and inside one of the hall is the Traditional Kwan Yin statues (the Goddess of Mercy). 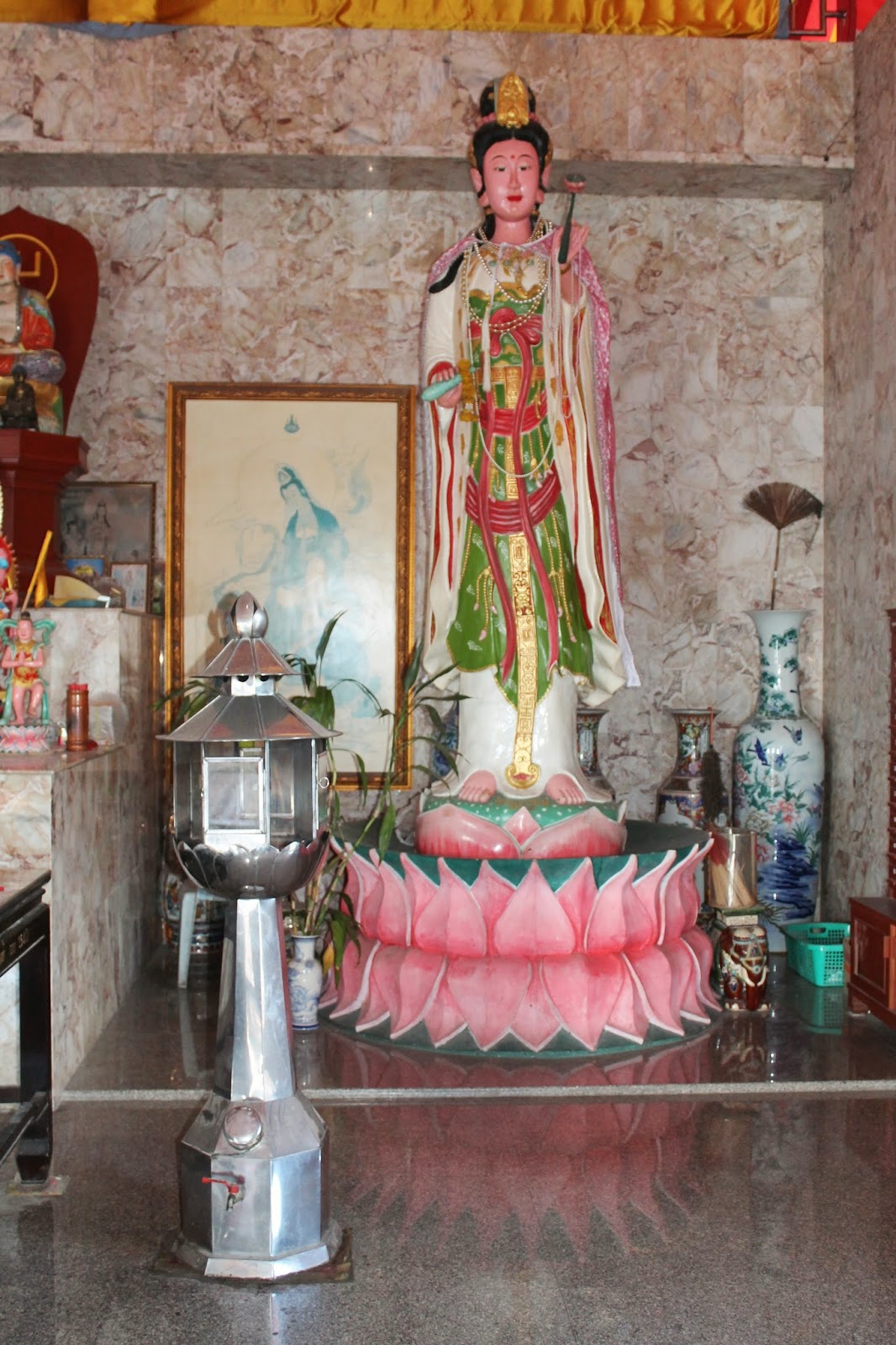 View Chinese Shrines in Phuket in a larger map
0 comments 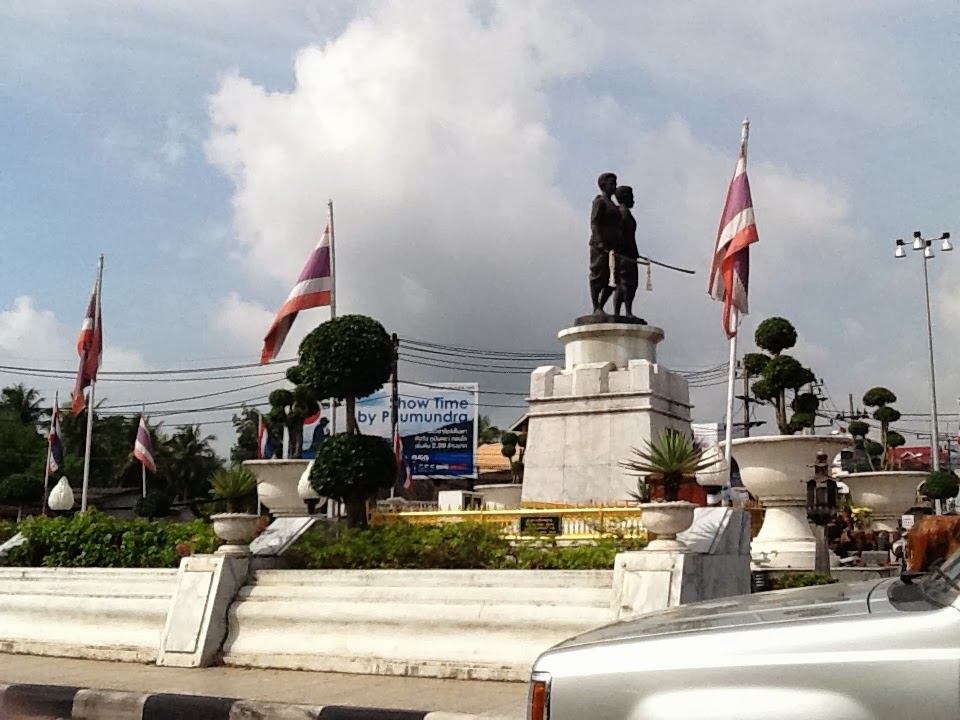 This is a celebration of the Battle of Thalang – a battle which was led by two Thai ladies (Mook and Chan) and they were able to route a Burmese incursion in 1785.

They were able to fool the Burmese into thinking that there was a large amount of soldiers still in Phuket with plenty more arriving! Actually the army was not an army at all but the Thai women walking out under cover and returning in the day.  The Burmese were quickly disheartened and removed themselves from Phuket.

The monument was erected in 1966 and is approximately 10 metres tall – but be careful crossing the road if you want to get close the statue is on a rounabout!! 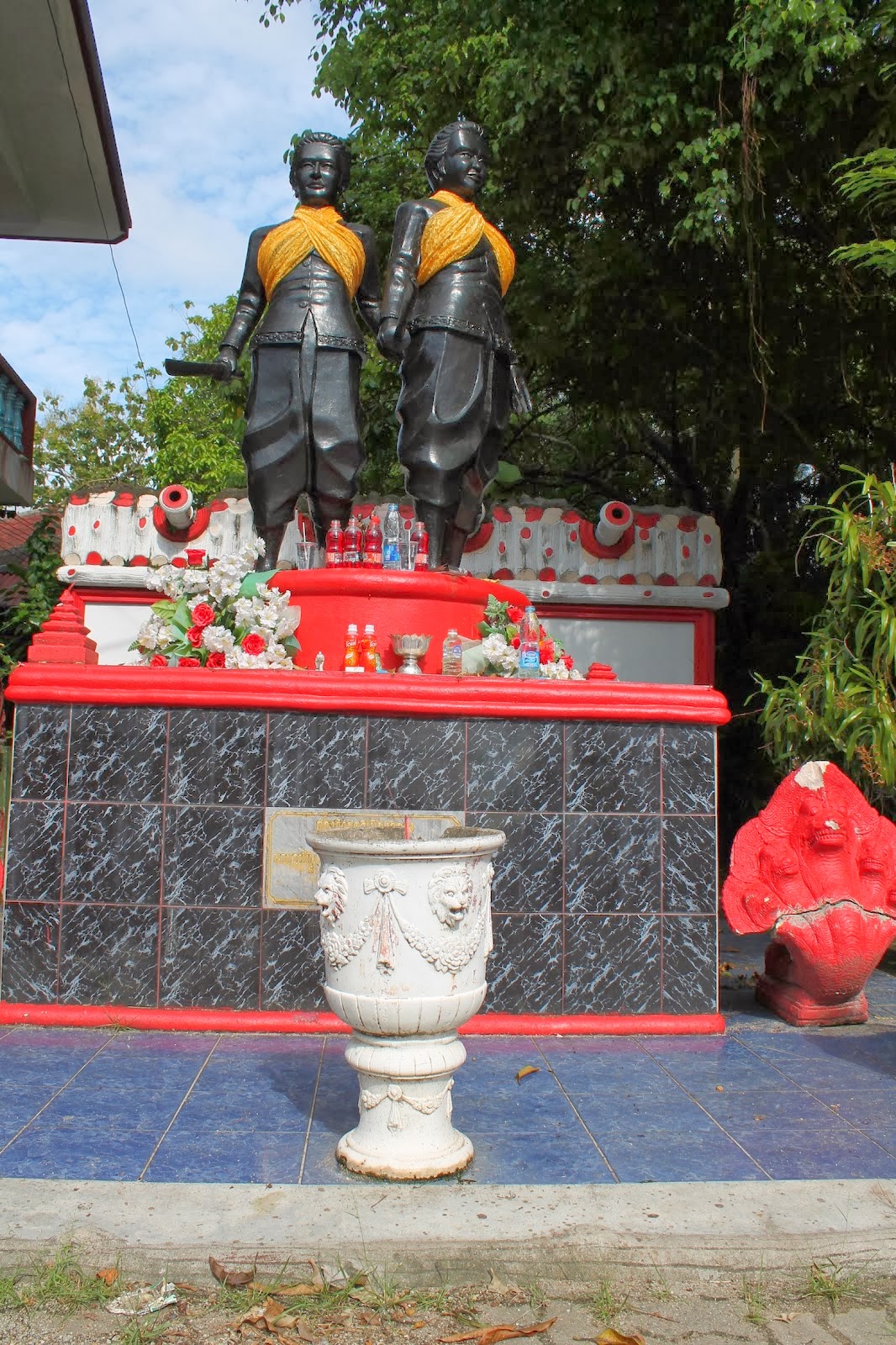 You will actually find a similar (but smaller) monument at the Buddhist Wat Phra Nang Sang. Reading some published text there is also a story that this monument is the original one and the at the round about location is not...

There is also the Thalang National Museum which I have yet to visit...

There is a Phuket Heroine's festival (usually in March) and it is an opportunity for the women of Phuket to reach for their blades… but sometimes they do!

View tim in Phuket in a larger map 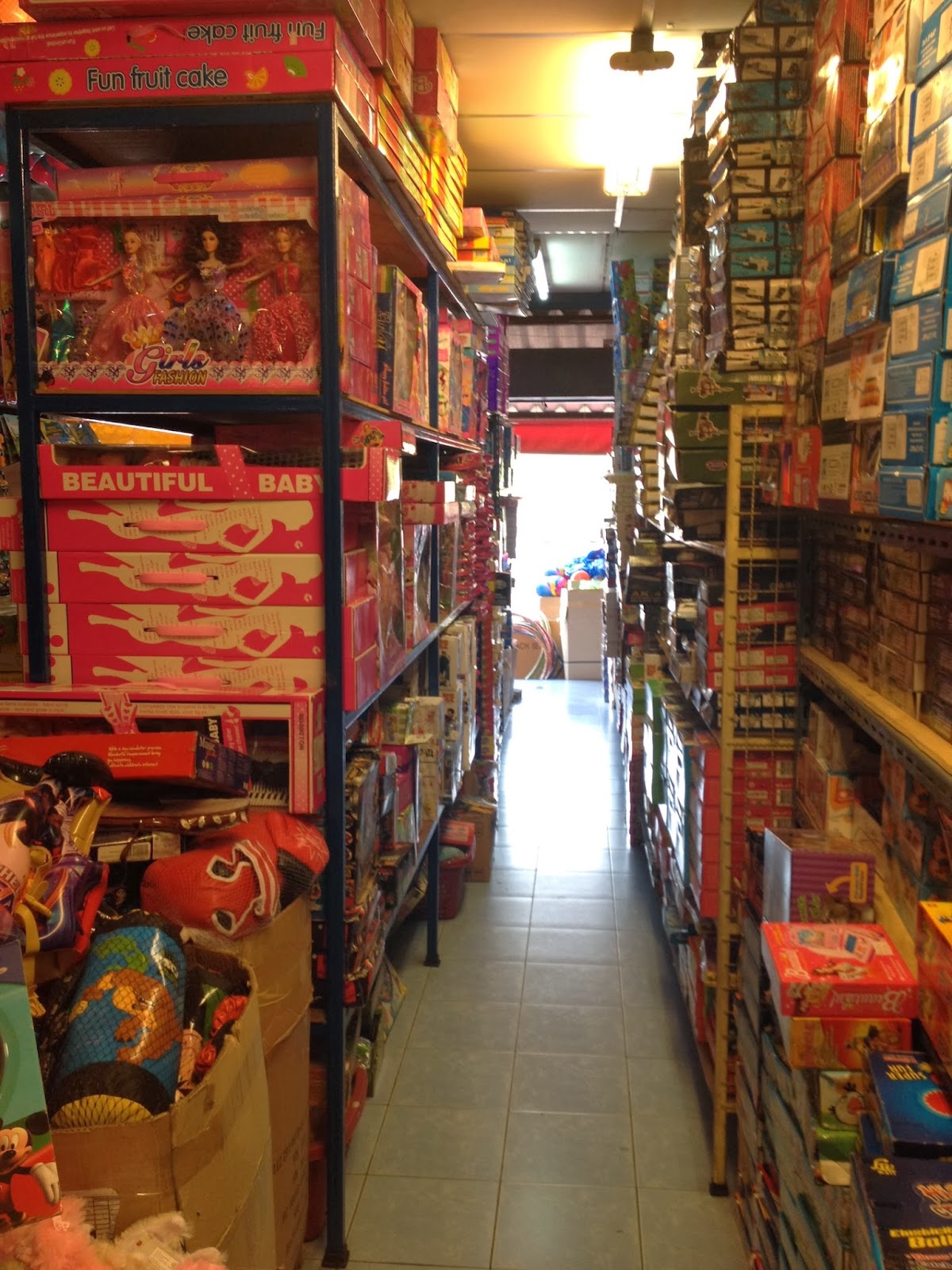 This is a place that is quite clearly not for everybody - ธดาพร ของเลน (a Toy Shop). 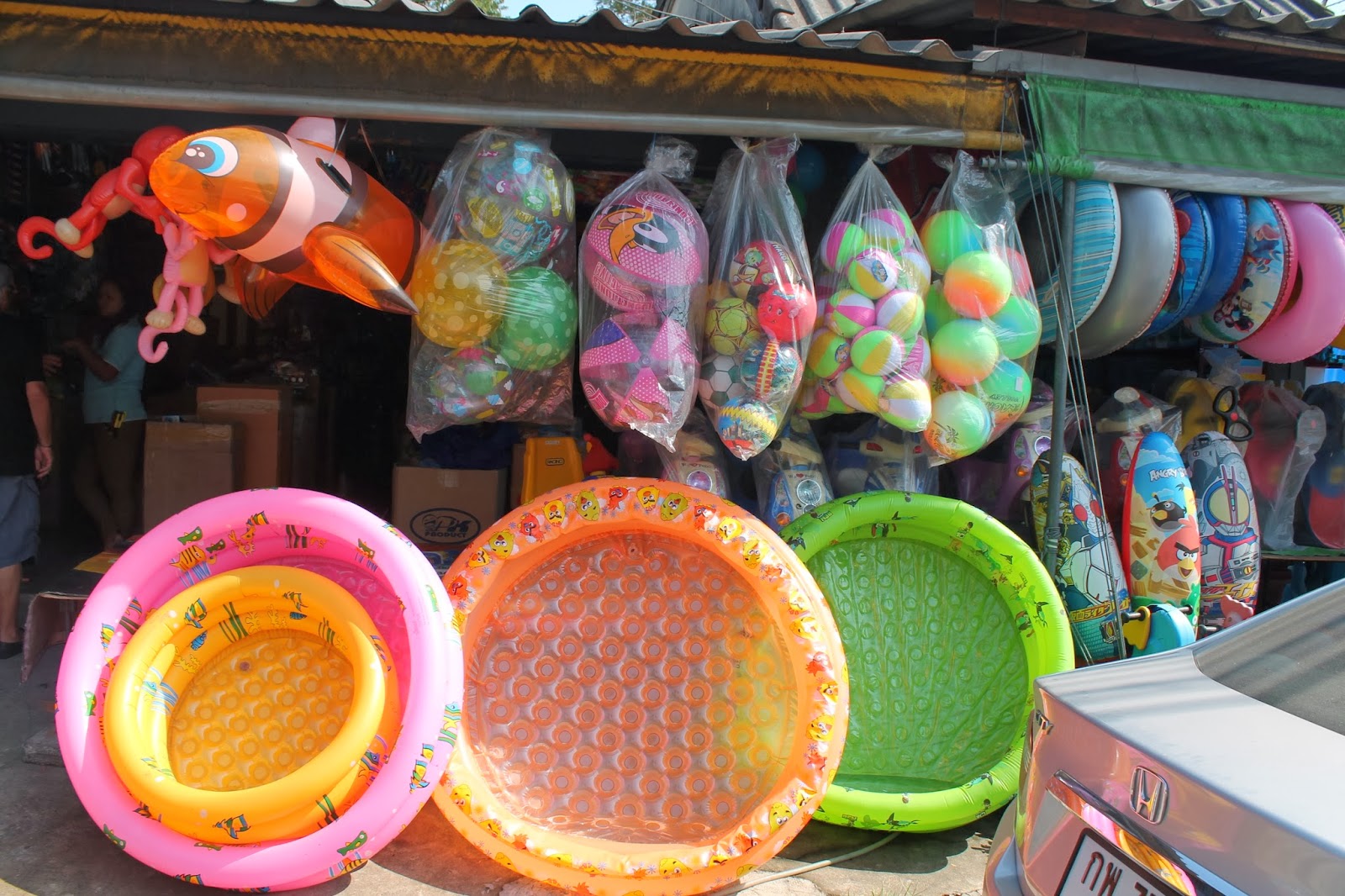 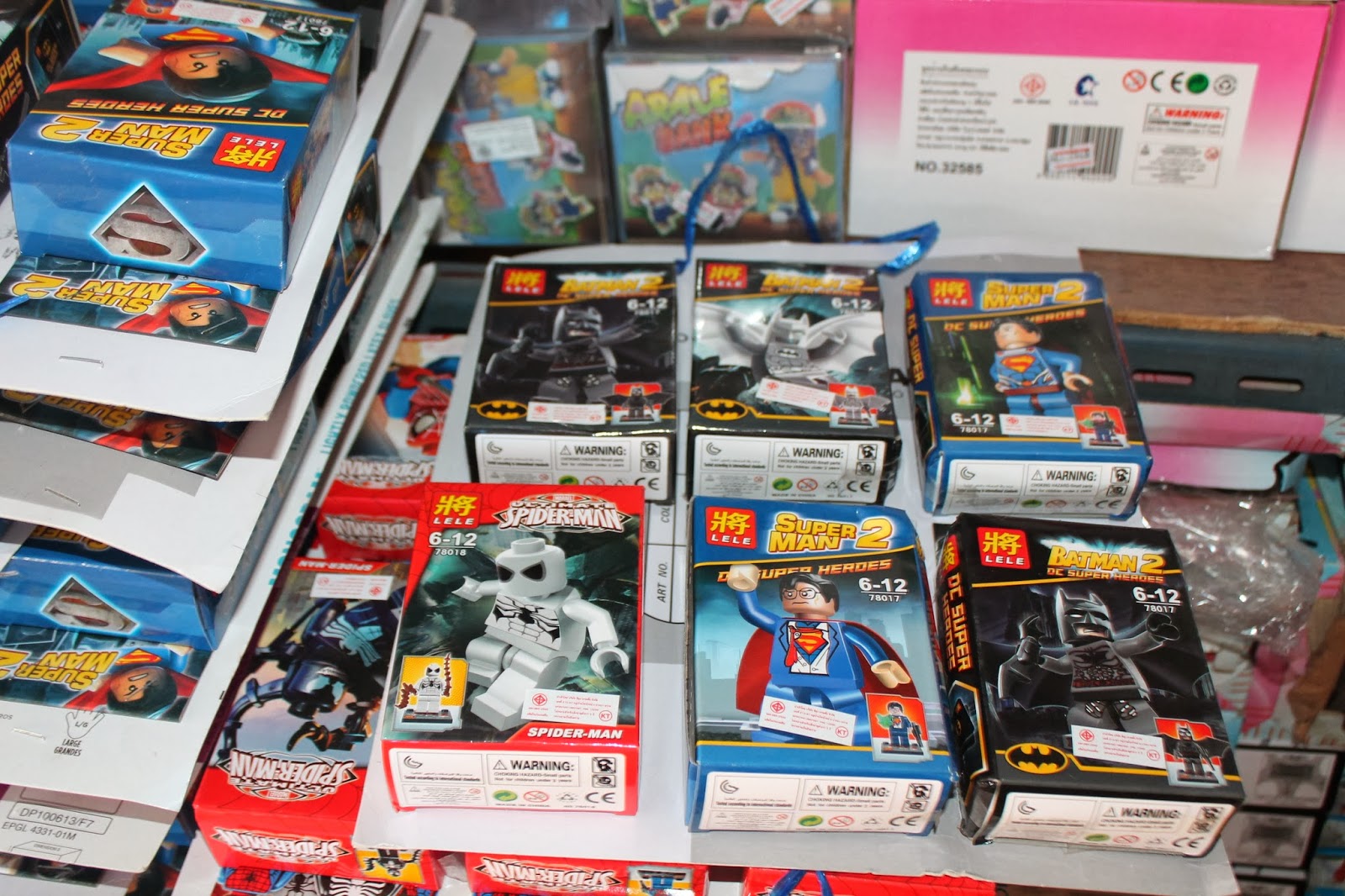 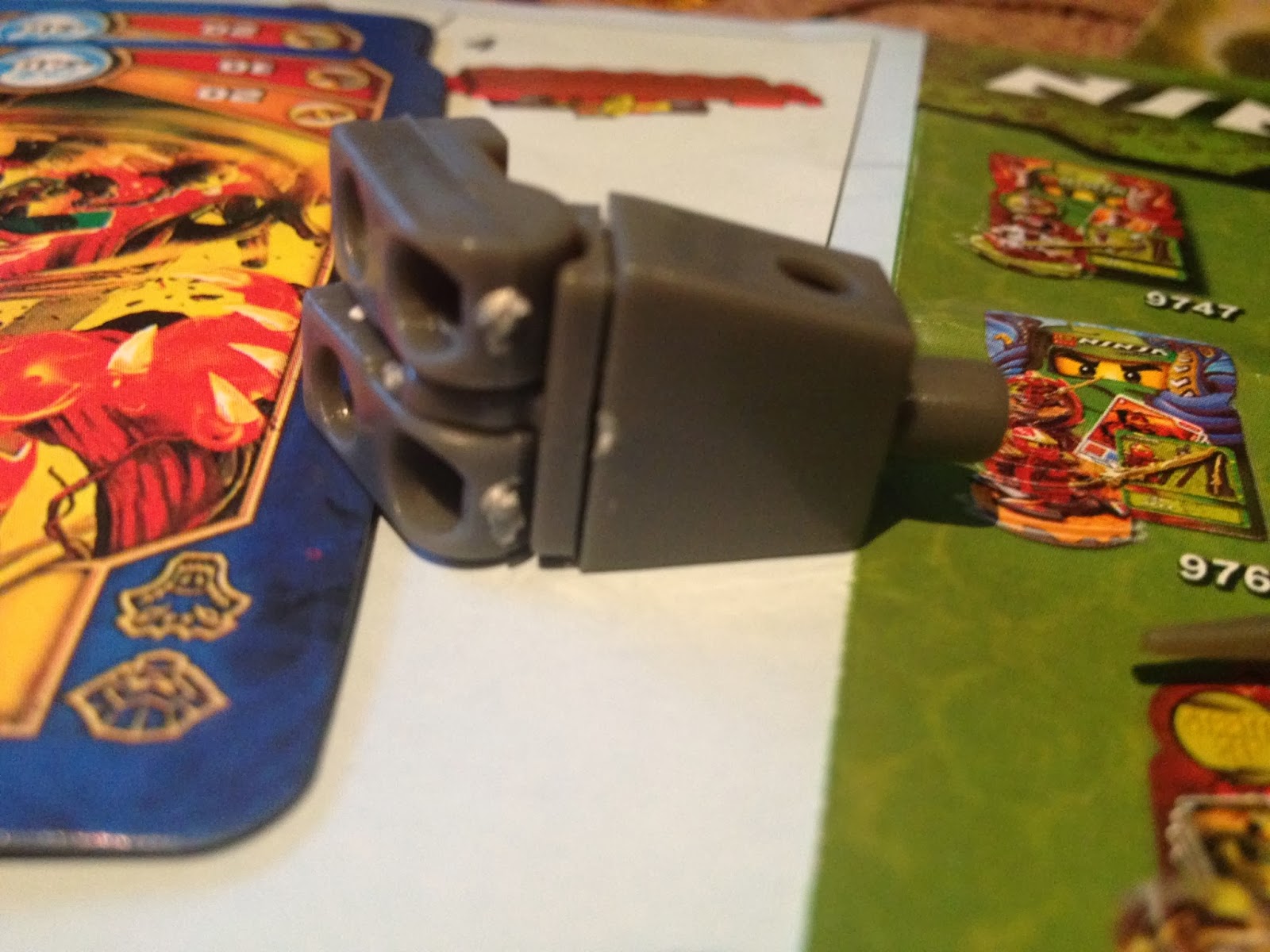 which do not always work 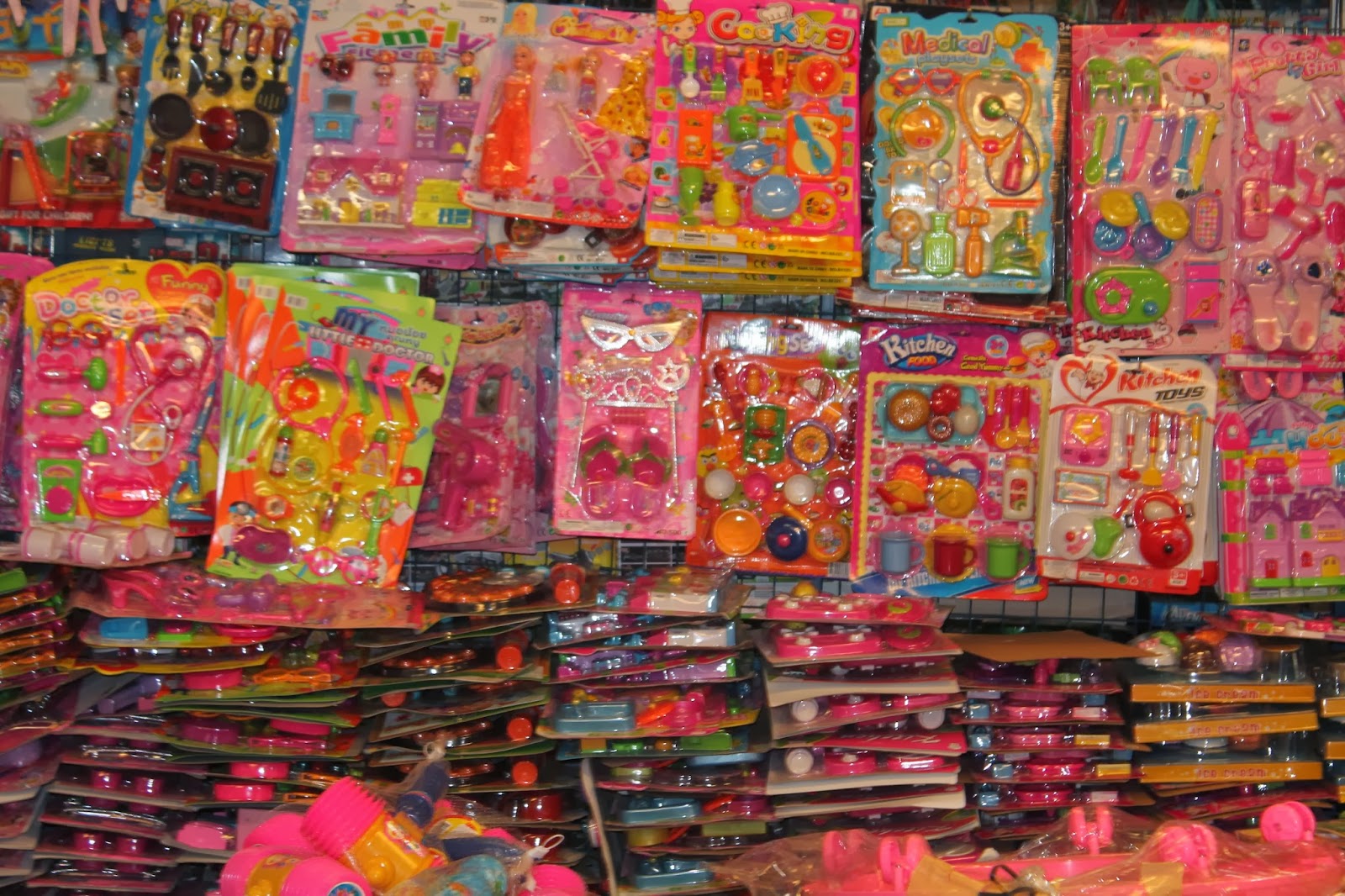 to have even more toys hanging on either side. 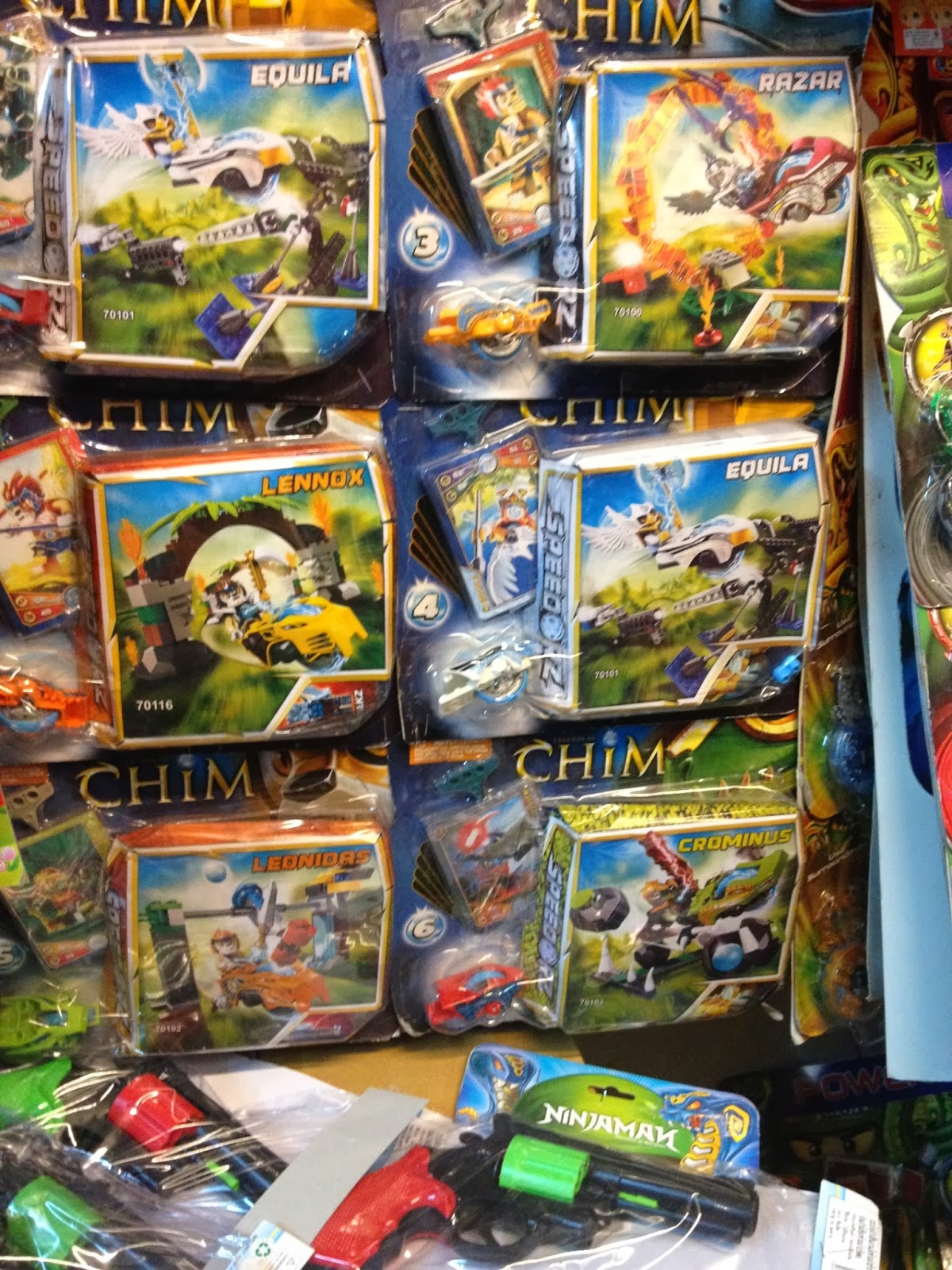 The toys are not always the original item so be careful...

DO NOT take your children there unless you are prepared to buy something.