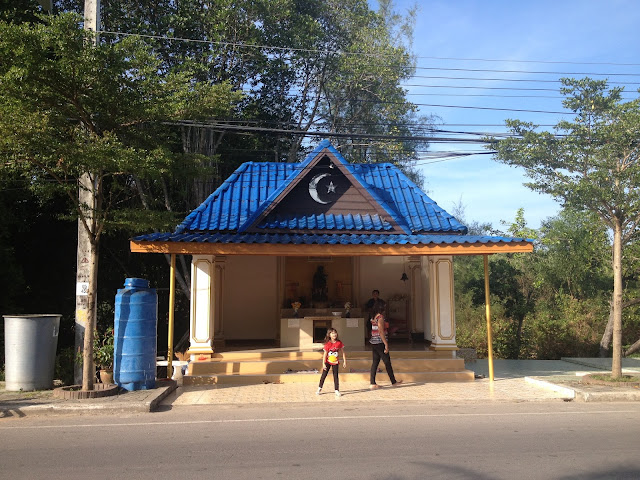 We decided to visit the geocache on Koh Sirey and we had to go this way! 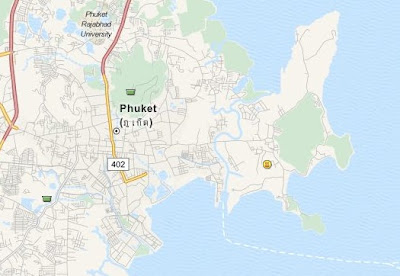 We took our usual stop to fed the Monkeys at 'Monkey Seeing' and there was nobody selling anything! 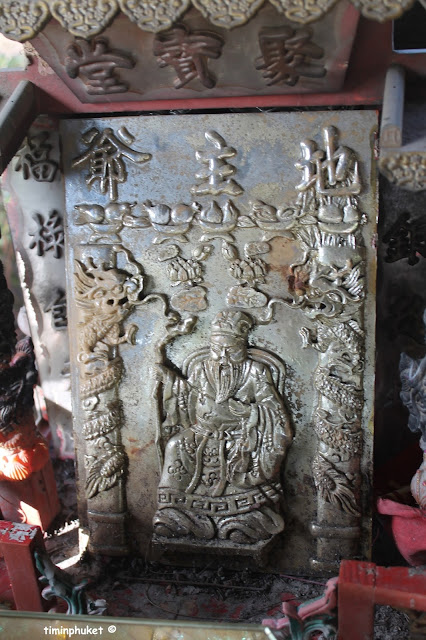 So walked along the Klong and we noticed that there were a number of discarded shrines discarded on the side of the road. 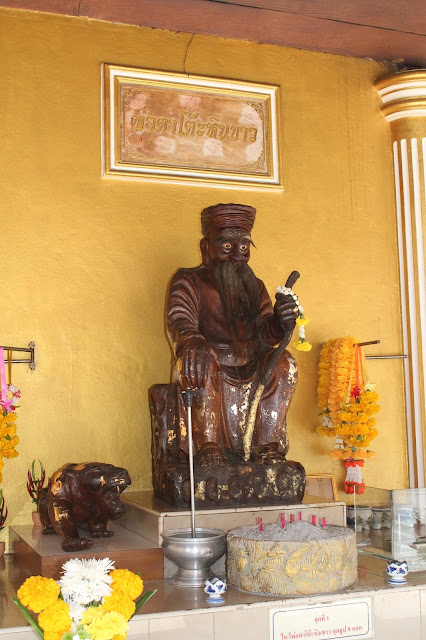 Then we noticed that there was a roadside shrine here - but what culture it reflected there was not strictly one. 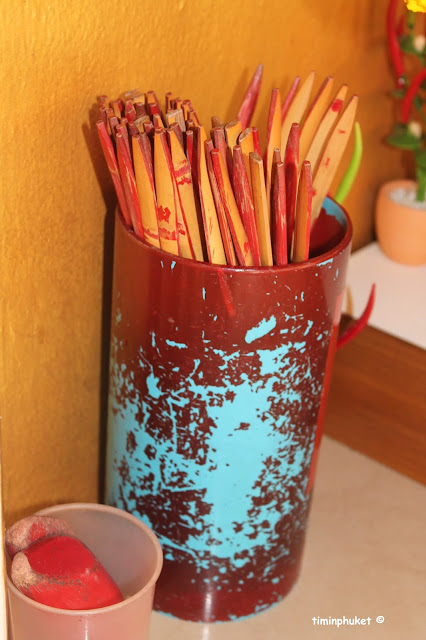 One could say that is was a reflection on how cultures can mix? 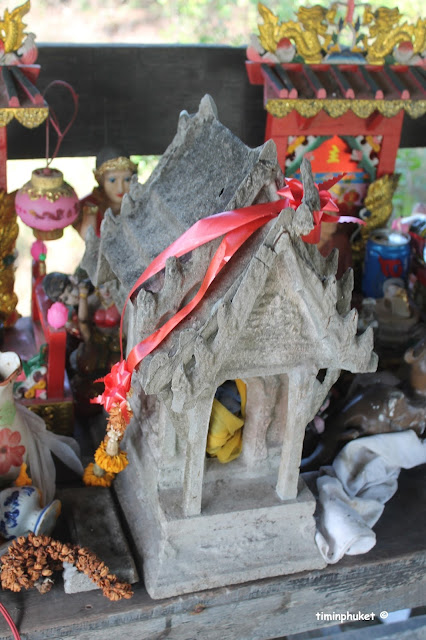 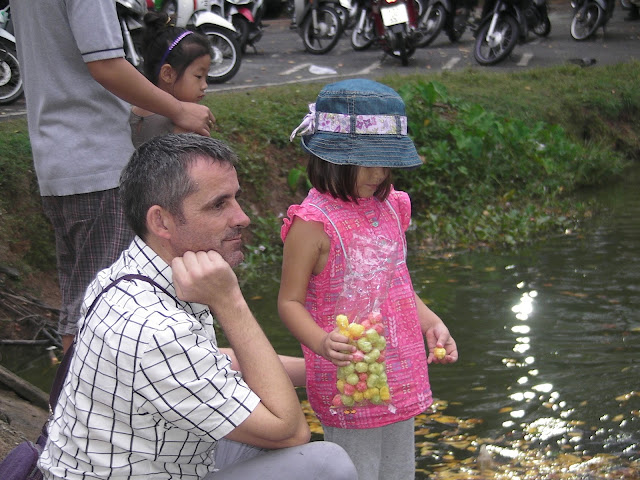 My first thought on being asked to write this was I wonder how many places would be called a 'Public Park'?

So what would it have to make it (for me) a Public Park.
1) A degree of maintenance and care

2) A degree of provision of children's playground

3) A number of places to find refreshments close by

4) Local people will be there for an activity. 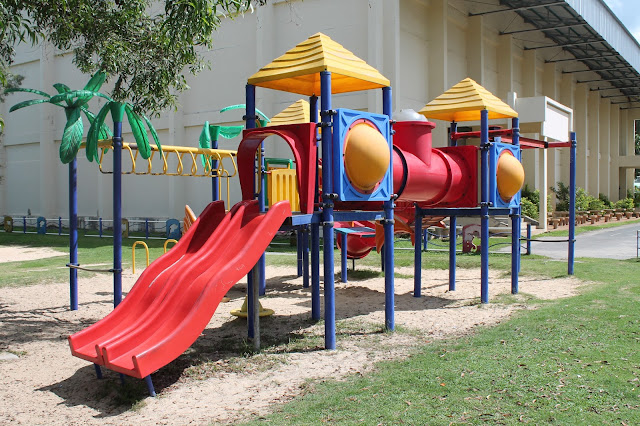 This would be my first choice and it is the park that we most frequent. With all of the above there are also regular activities which take place there - including motor car racing, a fun fair, regular festivals and more. There is a monument to commemorate Captain Edward Miles who was the first person to bring a tin mining dredger to Phuket in 1909 and is the the place for a finale of the Vegetarian Festival. 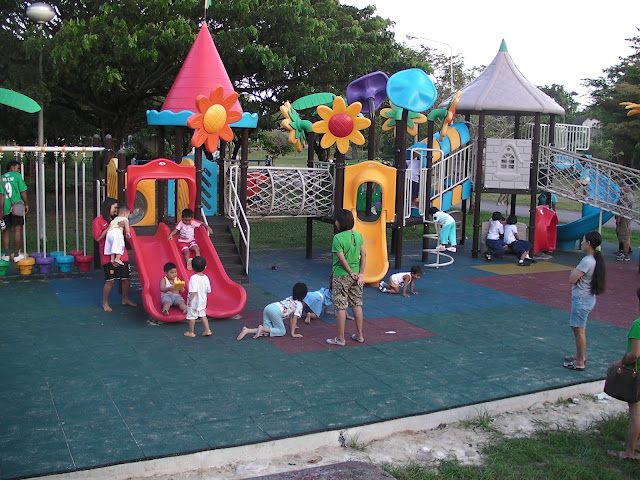 This is located just south of Phuket Town and is certainly an oasis. There may be all of the above but there is a lake where there is sometimes paddle boats, Tai Chi exercising, Takraw, feed the cat fish and a lot of people running in the early evening.

There is also a geocache here. 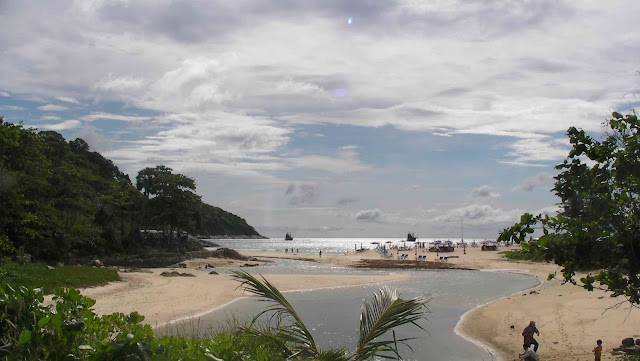 This (I would imagine) is not really a park but a stretch of land surrounded by a lake AND the sea is very close - the land in the middle and surrounding the lake provides the visitor with a number of different things to do. I have seen people camping on the land in the middle, there is also a small children's playground and a chance to have a go at the pedalos. 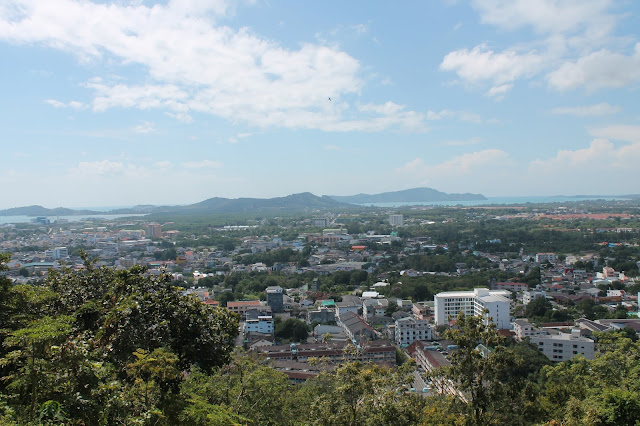 I have had the fortune to visit this peak in Phuket Town a number of times. There is a park at the top but it is not what I might first call a park - BUT we are in Phuket, Thailand. I would admit there is a Fitness Park on the hill as well but I must also admit that I have not seen people use this.

There is a statue of Phraya Ratsada Nupradit who was a Phuket Governor in 1902 and is credited with bringing rubber trees to Phuket.

Come hare to take some photographs of the view or eat in one of the restaurants - Khao Rang Breeze, Tunka Cafe or Phuket View.

Well this doesn't really include all of the top items but what the heck - we like to go up here to watch the birds!

We like this was because it is near to the Indy Market and close to Queen Sirikit Park.

In fact there are too many parks to write about them all - I think that I will have to think of another way... 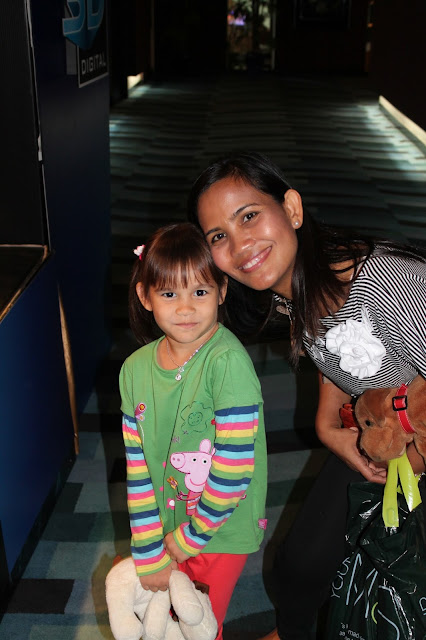 As the rain descends and we all search for shelter there are things that we can do - Central Festival is somewhere that many of us end up - the cinema is also an attraction! 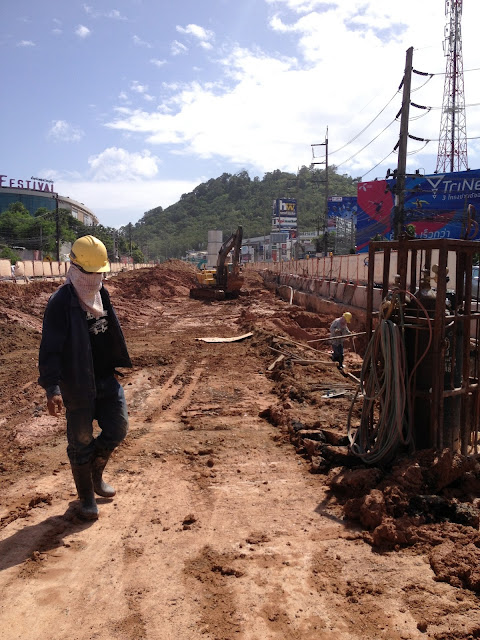 BUT there is so much construction at the moment - finishing in 2014!

When you do eventually get in there are a plethora of things to do - have a look at their website for a very real look. 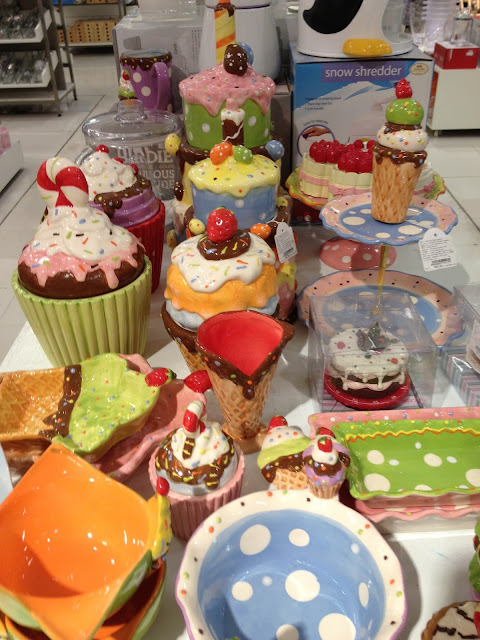 We like to look at the stalls and the bits and pieces that are for sale - at a bit more expensive because it is not in the rain though.

Coffee and cake are always taken at Joob Joob. 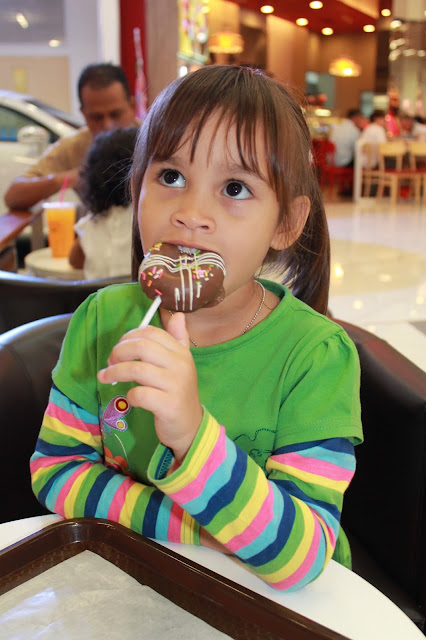 Photographs can be printed upstairs... 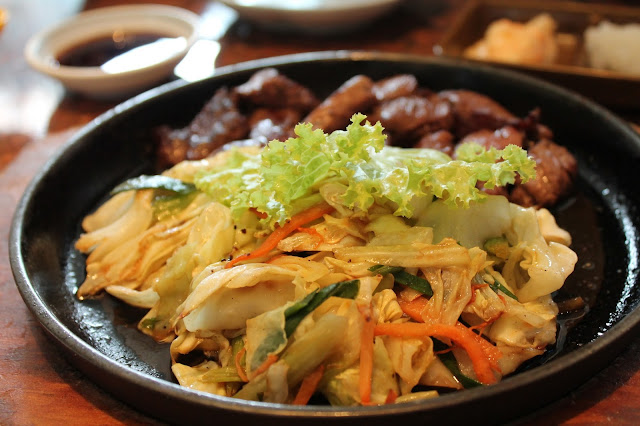 Zen is a great Japanese restaurant downstairs but I hear that Fuji upstairs is also very good.

They have built the bridge back to 'Homeworks' across the road!

If you need to get that bit for your telephone this is also a great place to visit!

In fact Central Festival has so much it is a great place to visit - especially when it is raining - for culture and interest Phuket Old Town cannot be surpassed though.

View tim in phuket - shopping in a larger map
0 comments

In need of a massage by special people? 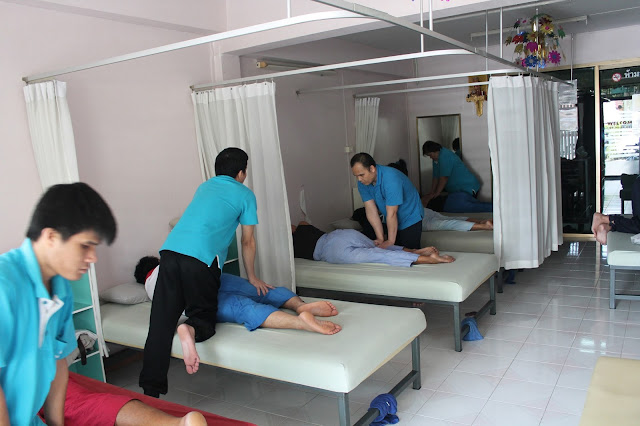 Well this is what I hear about all of the time and Chuen loves to go to the Local Massage for two hours! Me - not a chance, too long and I don't understand the need...

BUT sometimes I feel that I am in the need of some manipulation to my back and think that a massage will help me.

So with Chuen's assistance we found one of the places which are run by trained blind people - I had heard a lot about this and was willing to give it a try. 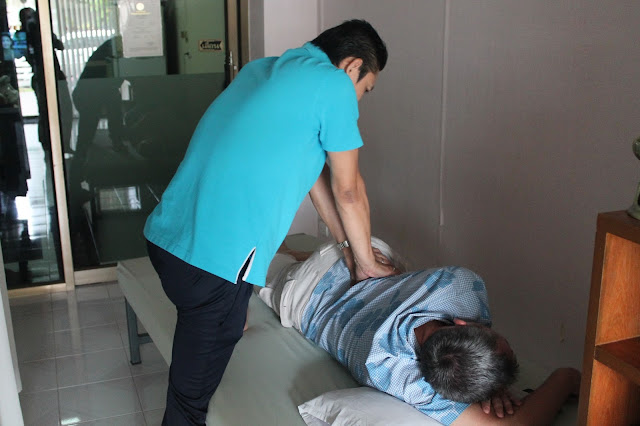 The clientele was 90% Thai and it was evident that this was a place to visit! As I lay down I began to think about all the comments that I had read about...

Where did all these people go? As I gripped the sheets and hoped that the massage booked was the short version I imagined a cup of coffee, some noodles and a good book - it didn't help! 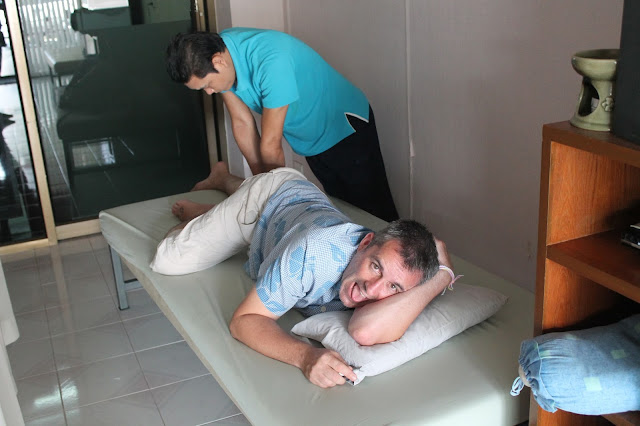 Think that I will stick to the coffee and noodle shops!