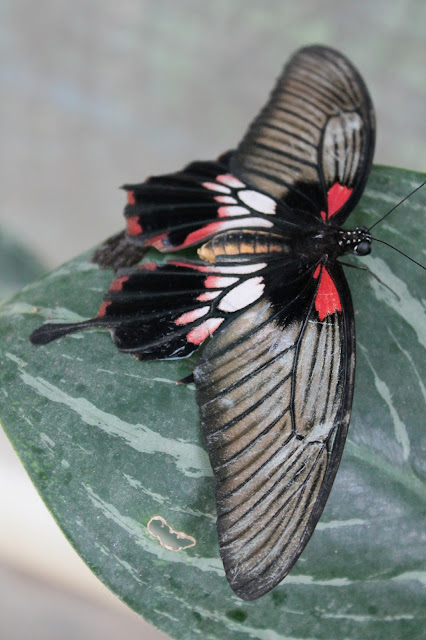 What more can I add about the Butterfly Gardens and Insect World? 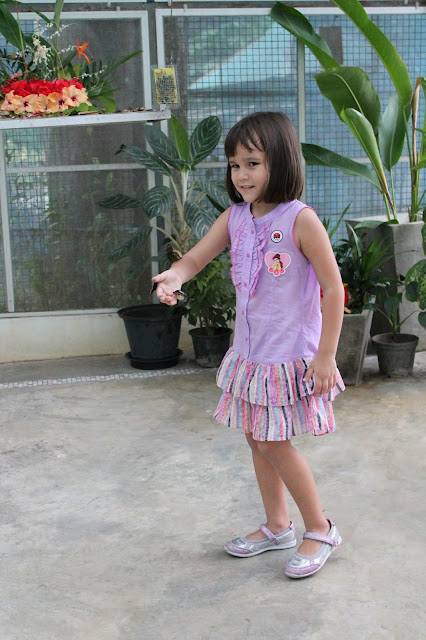 1) Jemma loves to visit here
2) There is a new coffee shop
3) There is an outside seating area... 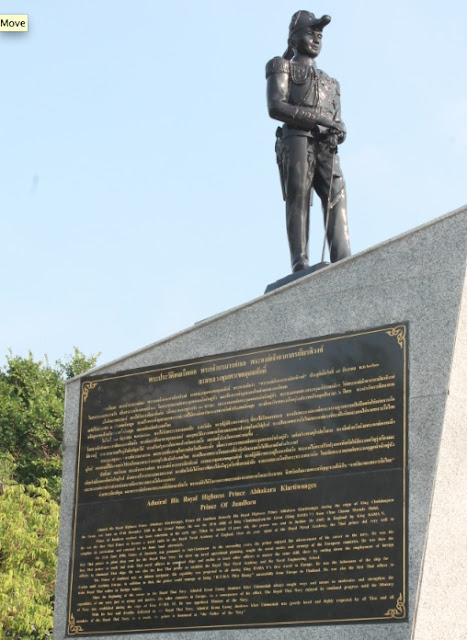 His Royal Highness Prince Abhakara Kiartiwonges, Prince of JumBorn
This is not a name that I read very much when I read about Phuket but for those in the Royal Thai Navy he was.  The Prince studied in the Royal Academy of England at the age of thirteen and became a naval cadet.
The prince began the Royal Thai Navy (with an attached Naval Engineering School) and he built the first military base in Phuket.
So if you choose to visit Cape Phromthep for the beautiful sunset please also look for this statue erected in his honour. 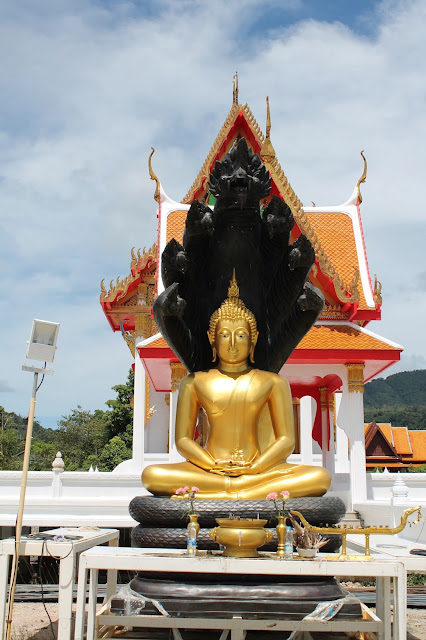 
The temple is not one to walk through because it is not complete but it does look magnificent (although most Buddhist temples do) - but it will be we did when we visited
Xtrem Adventure park - pop in.


View Buddhist Temples in Phuket in a larger map 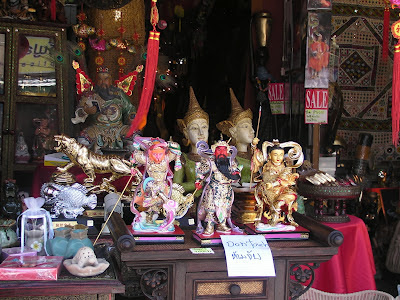 There is a special shop in Phuket Town and it is next to 'The Circle' and it is located at the circle in Phuket Town (makes sense) - directly opposite which is adjacent to the road which leads to Jui Tui Chinese Shrine and past the Phuket Town Market.
The shop itself is a fascinating plethora of cultural items of varying price and size. IT is certainly worth having a look in here for something different to take home for your friends or family.
The shop would not allow me to take photographs so sorry I have none inside.
Nice coffee shop (Coffee Max) on the same roundabout...

Shrine of the Serene Light 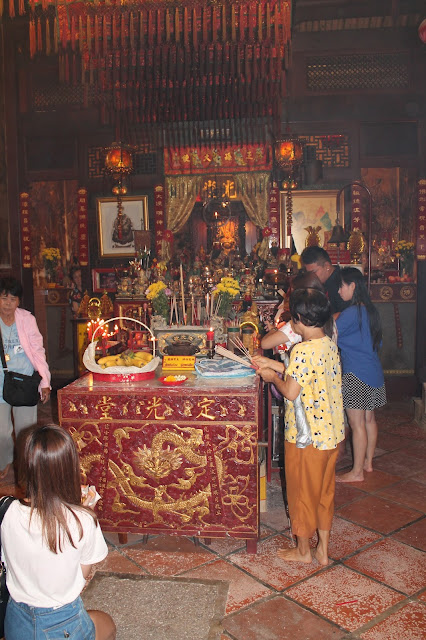 I visited the Shrine of the Serene during the Phuket Old Town Festival and the shrine was brimming with people performing certain tasks relevant to this and the Chinese New Year.

I have a fascination with Chinese Shrines in Phuket and at every opportunity visit them.  There are always a plethora of reasons to take photographs of the fascinating objects that you can find - simply by taking a little time and showing a little respect to the people who are taking care of the Shrine.

By taking time you will notice more things that simply going in and taking photographs.  I would always leave a donation in the shrine - in what is usually a metal lidded box with a post box hole. Usually this is near to a hanging bell - put the money and ring the bell.

"Ring the bell that hangs from a rope in front of the offering box (some shrines don't have the bell/rope). Bow twice, clap your hands twice, bow once more, and then throw coins into the wooden offering box (100 yen is a typical offering). The prayer is made either before or after throwing money into the box. Another method is to throw a few coins into the offering box, then ring the bell, bow deeply twice with hands together, clap twice, and bow once again. When in doubt, watch how the Japanese people in front of you make their offering and prayer"

Please remember to remove your shoes when you enter into the Chinese Shrines. This is not the only time that we have visited this Chinese Shrine - Aug 2011 / Mar 2011  .


View Chinese Shrines in Phuket in a larger map