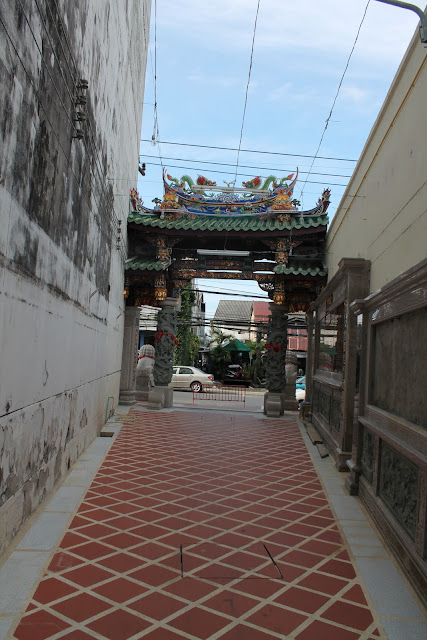 Since then  small shrine which has been undergoing an enormous amount of reconstruction and renovation and not finished yet but it certainly is looking good.

There is a lot of time spent on the actual shrine itself but there are three specific improvements that are superb. 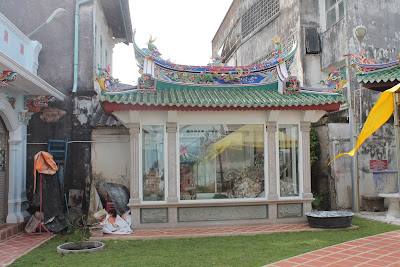 One improvement is the placing of the original Shrine (constructed in 1891) inside a glass mausoleum type building and the other is the walls from the entrance to the shrine and the building surrounding the area in front of the shrine. 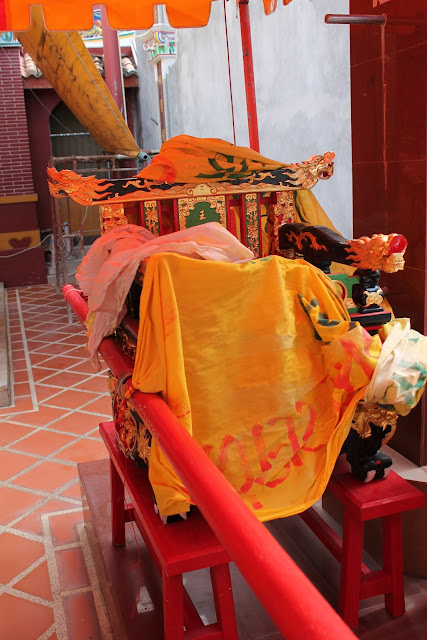 What I was excited to see were the portable shrines that play such an important part of the Vegetarian Festival - but after all this painting and care taken I do wonder how they feel when people throw fireworks at them?

The shrine was given the Conservation Award by Princess Maha Chakri Sirindhorn in 1987.